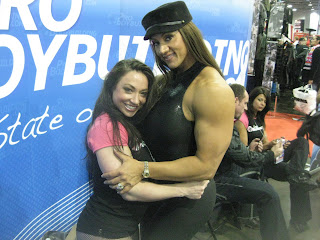 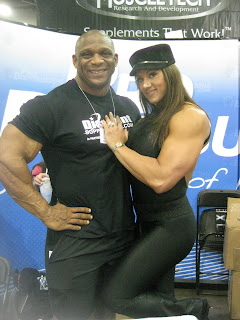 I made it to the Arnold Classic bodybuilding event this year. The last time I was there was in 2008. I appeared at Quincy Taylor's booth for www.Probodybuilding.com and had a lot of fun. Brandy Mae on left. Isn't she a cutie pie? I will write more later, but I have to catch the Russian Turkish Bath house here in NYC to sweat out the toxins and tequila (and vodka!) that has built up on my body for the past few weeks. I bought a punch pass a year and half ago and I only have one visit used out of seven.
Posted by Amber DeLuca at 2:11 PM